It all started when I started college. Cegep de Saint-Laurent is where it all began during the summer of 2006. 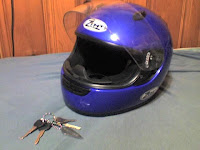 Something pushed me into buying my helmet. A Zamp Motorcycle helmet but legal for sunday roadracing. I still use that helmet, but it is decorated differently :).
I had bought it at TrackRacingDepot when they were open.

As you can spot the tape on the hood, that pen name  WorkInProgress came from. A friend of mine gave me the idea, because I was always working on it. Always. So it had to be called the WorkInProgressSI. 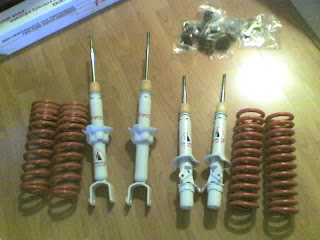 My first upgrade was to buy some tokico illumina shocks and springs. That upgrade almost cost me an finger(go see lower then come back). But the car felt much more stable in the corners. I think I had done something wrong, because the car was lower in the back then in the front, so later installed some spring spacer(hockey pucks) between the coils... I loved the car then!. 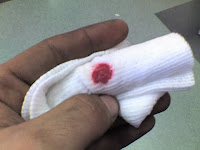 <---Proof
Thats what happen when your a greenhorn trying to cut the lower shock with an  angle grinder....


In the end the car did handle better, but the brakes where horrible. In the end, at that moment, I didn't have the skills or knowledge to find out that the sliders where never greased and where jammed and the screws that I grease where not the sliders... Fail. I would have had better brakes then... But still on stock pads. I still have to admit I was one awful driver.

Next was present from my dad. I helped him out on and important job. Here is his web site: http://www.foamway.com/ Wouldn't be fair not putting it on here. 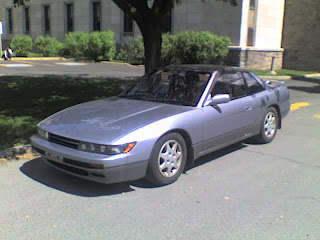 A 1991 Silvia K-series.  The K stands for King.
It was the beginning of the end!
This car would be my new WorkInProgress. This time (K) hence my nick.

She was basically bone stock with aftermarket coil-overs and adjustment arms from Cusco. She also had a front strutbar from Cusco, a working hks boost controller and turbo timer, without forgetting the boost gage.

Now since I was tracking, I had to take her to the track. 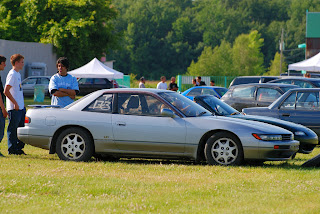 I was instantly popular, because she was a rare sight. A RHD! Right hand drive. My steering wheel is on the opposite side of the car.  For some people it was bothersome, me it took 20 mins to get used to it and to calm down from the stress. But I still have her and I didnt foocked up yet(knocks on wood). 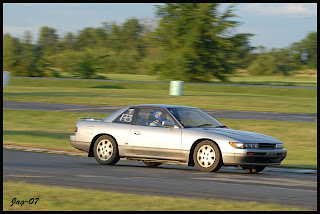 Posted by WorkInProgressK at 15:23 No comments:

First! Let me introduce my self.

Let me at first introduce my self. For those who don't know me personally, my name is Forenz, 22, male and mechanical engineering student. I have been tracking my car for 4 years now and I have started at the beginning of this year training seriously. From my point of view, what my car can do, I can do something similar. The machine can only be as good as the driver.

Now: Why start a blog. It is as hard question to answer. Basically I just wanted a space for me to write something intelligent about my racing and physical development. To keep track of everything in a nice environment.  So that is why.

Next post will be a backtrack of all the upgrades in the past years on my car with the explanation why.